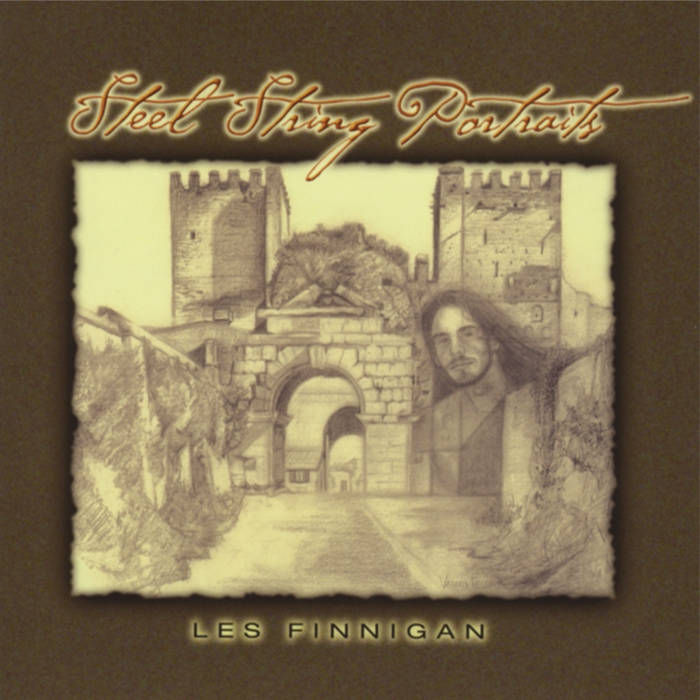 
"Once released from the constraints of standard guitar tuning a player with good ears and hands can make amazing music, something Vancouver guitarist Les Finnigan has clearly figured out. His fingers don't just play, they dance."
- John P. McLaughlin, The Province

The steel string acoustic guitar is a fairly new instrument considering that it is only about a hundred years old. It has been very popular as a rhythm or accompaniment instrument, but in comparison, few people have used it exclusively as a solo instrument. I feel fortunate to be one of the musicians writing new original compositions for solo guitar. Many great people, places and things have been influential in my life and they are represented in the music on "Steel String Portraits".

Here is a summary of song titles in order of track listing. Palo Alto & Remembering: tributes to Michael Hedges (one wacka wacka style & one finger-style). Chunks of Cheese: written on a little old Stella guitar owned by Norman Hachey. I wrote it when I was fifteen. It seemed like a good title at the time. Sunderland: for my long time friend Brenden Sunderland. Alberico: written on a guitar built by Canadian luthier Fabrizio Alberico. Broken: the title refers to a broken chord or arpeggio. Many readings of Kent Wheeler Kennan’s “Counterpoint” have influenced this song and almost everything else I’ve written. In The Shop: originally written in an automotive shop, but now the title reminds me of a much nicer shop, Lee’s Candies. Forgetting To Breathe: something I still do while recording. Tug & Boom: for my father, Leo Finnigan who worked on a tug boat towing log booms on the Fraser River. Letting Go: for Delta, Gromit, and Karma. The Island: isolation. Swivelly Chair: for Mark Crozer who dared me to title a song after his office chair. Why not? Some of my best songs have been written while sitting on one of those things. Telephone Lullaby: having to spend nights away from my Love. Portrait: for Valeria.