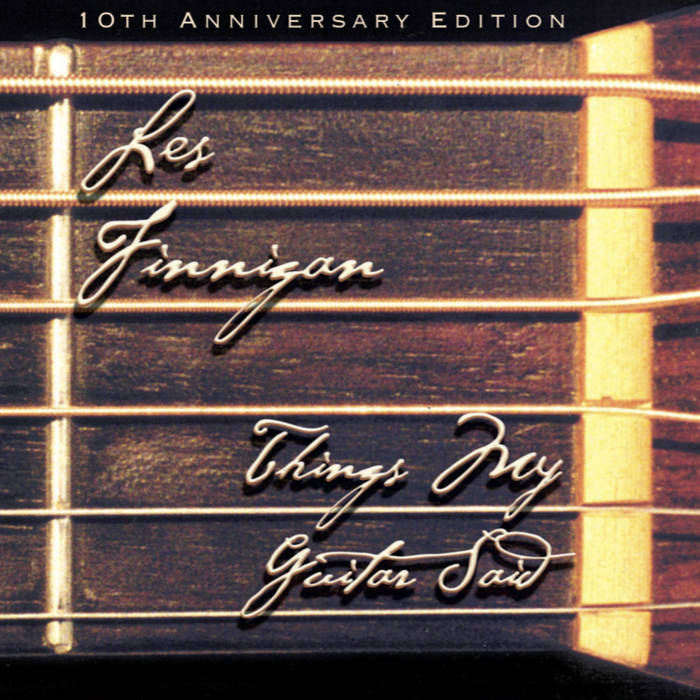 
Les Finnigan revisits his first album and records the definitive versions of these compositions to create this 10th Anniversary edition of "Things My Guitar Said".


"Les Finnigan, one jawdroppingly fine acoustic guitar player, is a regular busker at Granville Island. This is a re-recording of his first album from 1997 - he's made four more since - played with a decade's worth of woodshedding behind it."
- John P. McLaughlin, The Province

Things My Guitar Said has had an evolution through four different versions. Recording started in late 1996. It was first released as a 12 song cassette in 1997. Then it was released as a 14 song CD in 1998. Both of these versions had the same cover art: 6 guitar strings over a black background. The next pressing of the CD in 2002 had new album graphics and photography (similar to the current version). The fourth and final version is the 10th Anniversary Edition which was completely re-recorded and released in 2006. This is the only version that has 15 tracks (with the addition of Finnigan’s Jig).

Point of interest: “Ralph’s Town” can be heard in the film
“Try Seventeen” (also known as “All I Want”) staring
Elijah Wood, Franka Potente, and Mandy Moore.